It makes sense that what we consume affects what we create. But have you ever wondered to what extent that’s true? Well here’s why your everyday life affects your creativity – and probably more than you realise.

You may have noticed that the more time you spend being creative, the more creative ideas you have and the more you actually want to do something creative.

Unfortunately, the opposite can also be true. I know from my own experience that the longer I go without drawing, making or painting, the harder it is to get going again.

This is regardless of the fact that I love my creative time and really enjoy all of those activities. Somehow it seems easier to just pick up a book or have a nose around Netflix for the next series to binge.

As much as it’s about building a habit, it’s also about finding inspiration and sparking new ideas from existing ones.

I recently read The Accidental Creative by Todd Henry, and he devotes an entire chapter to creative stimuli. As he points out: “It goes without saying that what we put into our heads will necessarily influence what and how well we create.”

As much as I already knew this on some level, reading this really made something click in my head. If this is the case, then those guilty pleasure trash TV shows that we watch every so often (ahem…) could well be doing our creativity a little more harm than we realise!

How are creative thought processes affected by surroundings?

Todd Henry goes on to outline a study by Derren Brown, in which Brown demonstrates the influence a person’s direct environment can have on their creative thought processes.

Derren Brown is an illusionist and mentalist. He’s well known (especially in Britain where he’s from) for making TV programmes that highlight the intricacies and inner workings of the human brain.

In this particular experiment, Derren Brown asked two guys who worked in advertising to come up with an advertising campaign, including a name and slogan, for a new chain of taxidermists.

The advertising executives were told they’d have 30 minutes to work on their ideas. This meant they only had enough time to go with their initial gut reactions.

Just before he left the room to let the guys get to work, Brown placed an envelope containing ideas he’d sketched out on the desk. This was his prediction of the campaign he thought they’d come up with.

When the 30 minutes was up, the ad execs showed their concept for “Animal Heaven”. It included an image of a bear playing a lyre (a kind of mini harp…do an image search!) and the slogan “the best place for dead animals”.

When they’d finished explaining their ideas, Brown told one of the guys to open the envelope containing his prediction. He did so, and revealed a very similar concept to “Animal Heaven”.

Brown was able to accurately predict the ad execs’ general concept because he’d arranged for some very specific items and images to be visible along the route the taxi driver took when he drove the guys to meet with Derren.

They went past London Zoo, and various images and shop windows along the way contained items such as:

The two men weren’t aware of the images and phrases entering their brains. But these things apparently stuck in their subconscious minds and then came back out again in the form of their advertising concept. I’m guessing the short time limit also helped to prompt those particular images.

Of course there are some people who believe this was faked. Others say the ad execs were just doing their jobs and deliberately using what they’d seen, rather than the images manifesting subconsciously.

Whether you believe this particular example or not, there’s no denying that if you see something enough times, it’ll stick in your head – whether you’re aware of it or not.

This is fascinating to me. We all know the human brain is an amazing thing, with capabilities beyond our imaginations. But we also clearly absorb more information subconsciously than we could ever realise.

Even just glancing over something rather than giving it our full attention could have more of an influence than we realise on something we later create. And we may not even be fully aware of this.

This is another reason why we should be careful when using the work of others as inspiration for our own creativity. For the majority of projects that we complete for our own personal enjoyment, this doesn’t matter quite so much.

But it’s important to be careful when intending to sell your work, or at the very least to post images of it on social media. Give credit where credit is due, as there’s a fine line between using something as inspiration and outright copying. Even if we do it unintentionally, the result is still the same.

I’ve accidentally done this myself. I used a birthday card design I saw on Pinterest as inspiration for one I made for a relative. I’d seen it one day, and hadn’t looked at it again before making my own card on a completely different day. When I later referred back to the original image, I realised just how similar the greetings cards were.

I hadn’t intended to copy the design but to make my own version. But in the end, what I created was very similar to the original. As it was for a relative, it wasn’t a problem. But clearly I’d retained more information in my memory about that original design than I realised.

How to fuel your own creativity

To fuel your own creativity, it’s important to get out and about, to see new things and try new experiences.

While we have little control over what we see when we’re out and about – the conversations we hear, the billboards we see, the books people are reading on the train, the adverts that pop up at the start of a YouTube video – we need to think about everything we choose to consume.

Whether it’s food, books, TV programmes, films, radio, blogs, podcasts or anything else you can experience with any one of your senses. Be mindful about how it’s likely to make you  feel.

So what can you do? There are so many ideas, but here are a few for starters:

This last example is something I’ve been making more of an effort to do just recently. Rather than just walking from A to B, I’m trying to go for a walk just to walk and notice what’s around me. The chances are you’ll uncover some amazing places and sights when you do this.

Now I’m interested to know how YOU like to fuel your creativity. What do you do when you’re feeling low on inspiration? Do you have any go-to books or blogs? 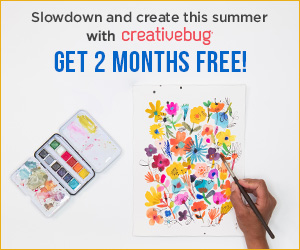 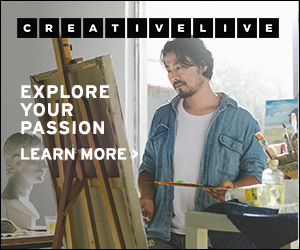